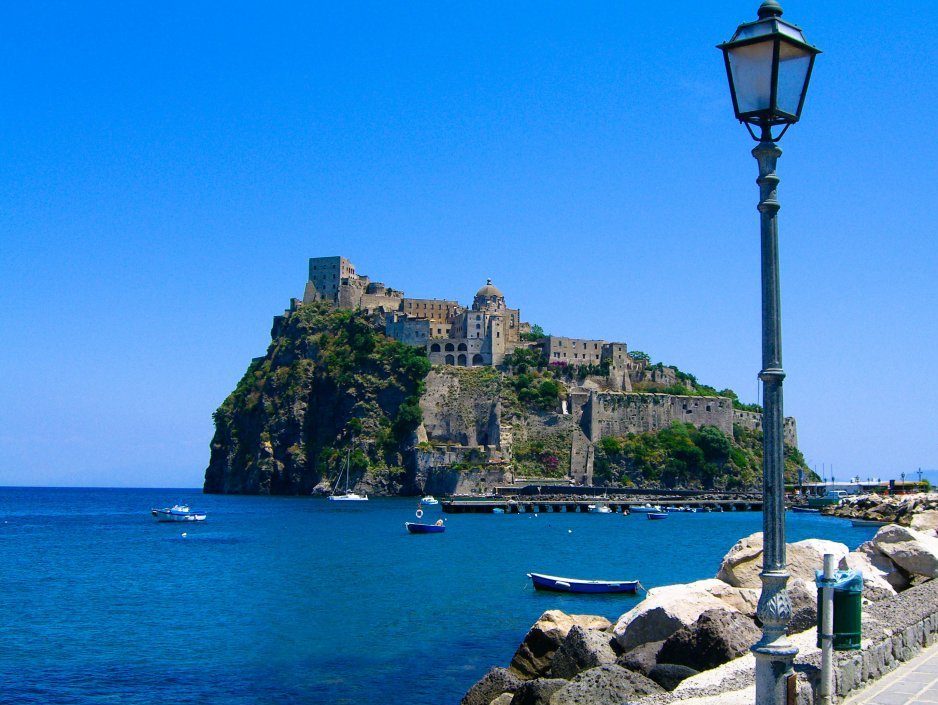 Sulfur and vibrant, volcanic and protean, for his views which are never the same and microclimates enveloping , almost like a miniature continent , Ischia, the largest island in the Gulf of Naples, is now among the most popular tourist destinations, the tourist season is made of four seasons that coincide with the primordial elements of an exciting natur. Water, air, earth and fire summarize the hidden treasures and most obvious , enjoyable throughout the yea .

In the basement there is the highest concentration of thermal basins of Europe which have been identified in the course of centuries as many as 29 with its own characteristics , which indicate 103 springs and fumaroles 67. And then there are the sources of sweet water, drinking water, as Buceto, and others who have miraculous effects to cure ulcers.

Not forgetting the enchanting landscapes on inaccessible cliffs of San Pancrazio, or the views rewarding and fresh from the summit of Mount Epomeo. The roads of the island ( 788 m . ) Offers paths and trails that climb up to an altitude of 700 meters , just before the summit of the spur. While hiking is easy to run into hares that live in the woods . Before reaching the summit you can visit the Hermitage and the Church of St. Nicholas ( 1459 ).

And yet, the fertile soil dominated by a splendid viticultur , marked by the international success of wines such as Biancolella, the Forastera , Per ‘ e Palumm , and counterpoint coloristic the fields, the flowery plains, orchards, woods and pine forests .

Finally, the extensive sandy beaches, fiery red-hot from the sun and from fumaroles on the shoreline : Maronti Sorgeto , the bay of love, and Citara .

Aphrodite and Neptune have reigned supreme for thousands of years in this noble and unique context , of course, owes everything to the thermae .