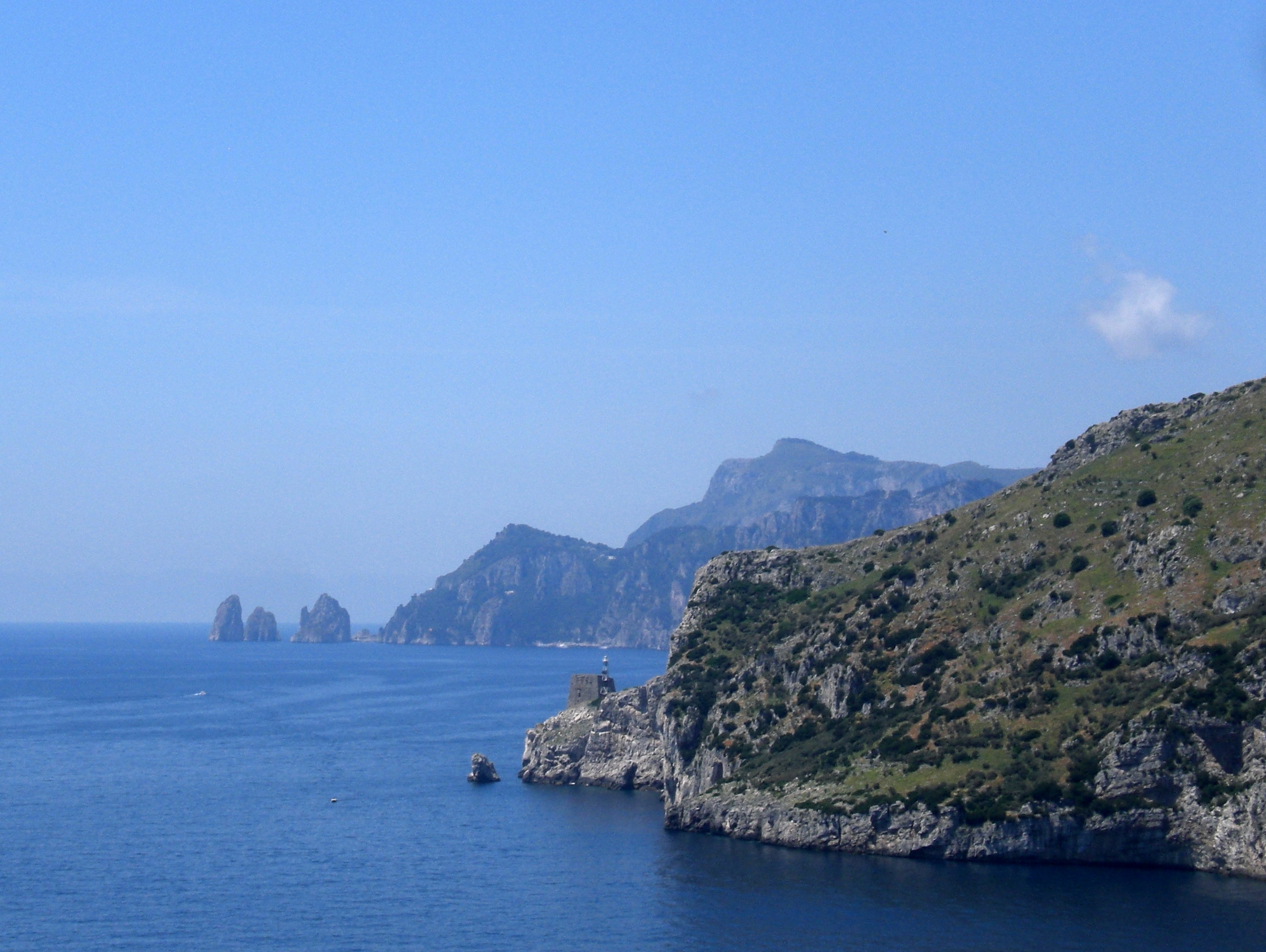 Punta Campanella is the extreme tip of the Sorrento Peninsula, it stoods probably here the greek temple dedicated to the sirens, whose foundation is attributed to the mythical Ulysses.

A nice walk is the only way to reach Punta Campanella, a trail of one hour through the north side of the promontory, between the gulf of Neaples and the gulf of Salerno. This path is part of the Athena Trail, a loop circuit connecting Punta Campanella to the Mount of San Costanzo.

From the little square of Termini, piazza Santa Croce, head down via Campanella. After about 200 metres take the first turning to the right in the direction of via Minerva, a Greek-Roman mule track built in the fourth century B.C. and still partially paved with the Roman paving. On the way down, you’ll see on the right a detour to the Cala di Mitigliano, a nice cove with a pebble beach with views of Capri. But go straight to Punta Campanella.

The vegetation gradually becomes thinner and you can see the Promontorium Minervae and then Capri, in all its splendor. On the right, you will see the the tower called Torre di Fossa Papa, the path gets steeper and a layer of asphalt covers from 1962 the well preserved Roman floor.

Finally you will see the tower and the lighthouse of Punta Campanella: the tower, in gray tuff, probably stands on the site that housed an ancient temple dedicated to Athena – Minerva, founded by the Greeks and then used by Romans. The presence of a temple is attested by the archaeological ruins that can still be seen around the tower.

The tower, also known as Torre Minerva, was built on the orders of Robert of Anjou between 1334 and 1335 and then rebuilt in 1556 after its destruction at the hands of the Turks. Located in a strategic position, it was used for the sighting of the pirates and was part of a system of watchtowers built along the coast and the interior of the Sorrento Peninsula. On the tower a bell was sounded in the event of an alarm, and this is probably the origin of the name of Punta Campanella (campana = bell).

From here, Capri is so close that seems you can touch it with your hands.

On the left side of the tower, a steep path hardly leads to the Cave of the Sirens, halfway an Oscan inscription from the first half of the second century a. C. is carved in the rock, demonstrating the presence of the Italic populations in an area always considered occupied by the Greeks.

How to reach Termini

To reach Termini from Massa Center take Via IV Novembre and follow the road until after Marciano; from Sant’Agata sui Due Golfi, proceed by Via dei Campi. You can park either in Termini’s square and along the streets that precede it, in the blue lines.

SITA buses directed to Marina del Cantone, depart from Sorrento or Sant’Agata sui Due Golfi, crossing Termini most of the times. It is advisable to check the bus schedule.